When the day was long and you feel frustrated, stressed, or worried, tune in to Dan for encouragement into the evening.

Getting back into the radio business following the stint in the navy took him to Columbus, Kokomo, and Indianapolis, Indiana. In 1980 he went to work for KNIX Radio in Phoenix, Arizona, the Buck Owens country music station there.

Dan came to Bakersfield, in 1984 to work for Buck’s KUZZ. After three years on KUZZ, Dan moved over to KBAK TV 29 as the weatherman on Eyewitness News. He also worked for Fox TV 11 in Los Angeles.

Regarding Life FM, Dan says, “I love the music, I love the listeners, but most of all I dearly love being able to serve my Lord and Savior daily with my ‘work’. I give Him praise for His grace and that second chance in life to serve Him.” 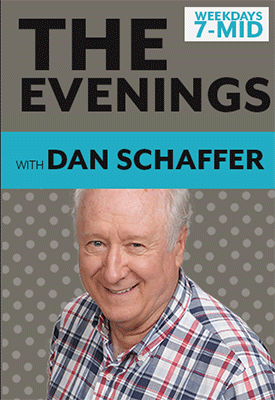 Keep Up to Date!

Subscribe to our newsletter for regular updates on 88.3 LifeFM!